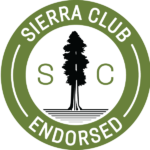 Momentum continues to grow for Steve Bennett as the Sierra Club officially endorsed him for State Assembly, adding to his credentials as the clear environmental choice in the race for Assembly District 37 in Santa Barbara and Ventura Counties.

Bennett, a member of the Ventura County Board of Supervisors, co-authored the landmark SOAR Initiatives (Save Open Space and Agricultural Resources) to protect open spaces from development, and has led efforts to stop oil companies and other corporate polluters from contaminating air, land, drinking water and beaches.

“Steve Bennett has a track record of delivering policies that have a real impact in fighting climate change, protecting local open space and reducing air and water pollution,” said Alex Pujo, Santa Barbara County Political Chair of the Sierra Club. “The Sierra Club supports Steve Bennett for Assembly because he has demonstrated the courage to stand up to the special interests.”

The SOAR initiatives co-authored by Bennett require a vote of the people before land zoned for open space or agriculture can be rezoned for development. He also recently won the support of the Ventura County Board of Supervisors to ban the flaring of gas from new oil wells, blocked drilling over freshwater aquifers on the Oxnard Plain, and has played a major role in galvanizing Ventura County voters to stand up to polluters in the oil and gas industries.

A Ventura County Supervisor, Steve Bennett is an independent local leader who wrote one of the strongest campaign reform laws taking big money out of local politics. He is running to take his unique brand of independent environmental leadership and passion for good government to Sacramento.

Get in touch with Steve

Paid for by Stephen Bennett for Assembly 2020